To many's frustration official NGO Observers are not being welcomed into observe the official negotiations between the parties (countries) this year as they say it is for covid-19 health considerations. Personally I too have been feeling rather disappointed to be here at COP26 and not be able to be in the room where it happens as NGO observers; until I met the Swedish Scouterna Scouts.

About a month before heading to Scotland, I finalized the process of becoming an official volunteer with the World Association for Girl Guides and Girl Scouts (WAGGGS). I have been a Girl Scout since I was 7 years old. And when I received the invite to attend COP26 I sought out the Climate Programme Director from WAGGGS to see if and how WAGGGS would be present at COP26. I connected with Germaine who is based in Rwanda and she connected me into the girl delegation coming to Glasgow. And so I have been spending time with three young women 19-24 years old.
Today, they had figured out how to watch the official negotiations of Article 6 of the Paris Climate Agreement from a live stream watch room that was restricted to only one observer per organization. So after lunch, I joined them and we tried to get into the room again. I think young women in Scout uniforms my lend to UN Secretariat staff flexing the rules to let more than one representative from each organization attend. They all got to be in the room to witness the official negotiations. 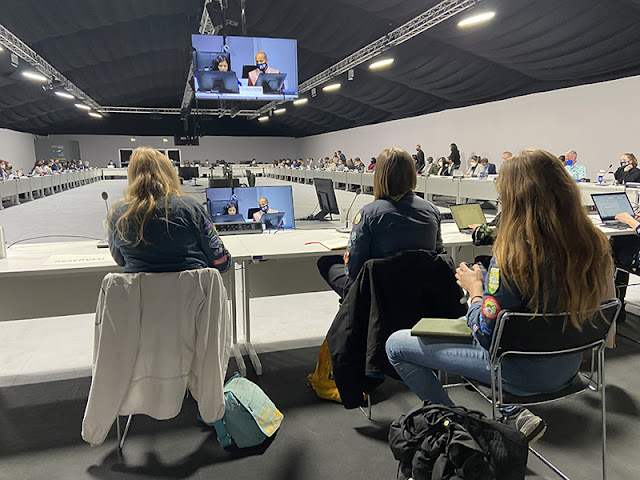 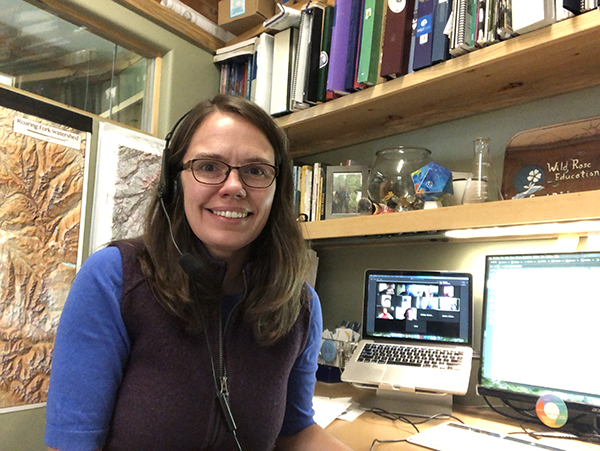